There are many beautiful places in the world. But there are a few that truly take my breath away. 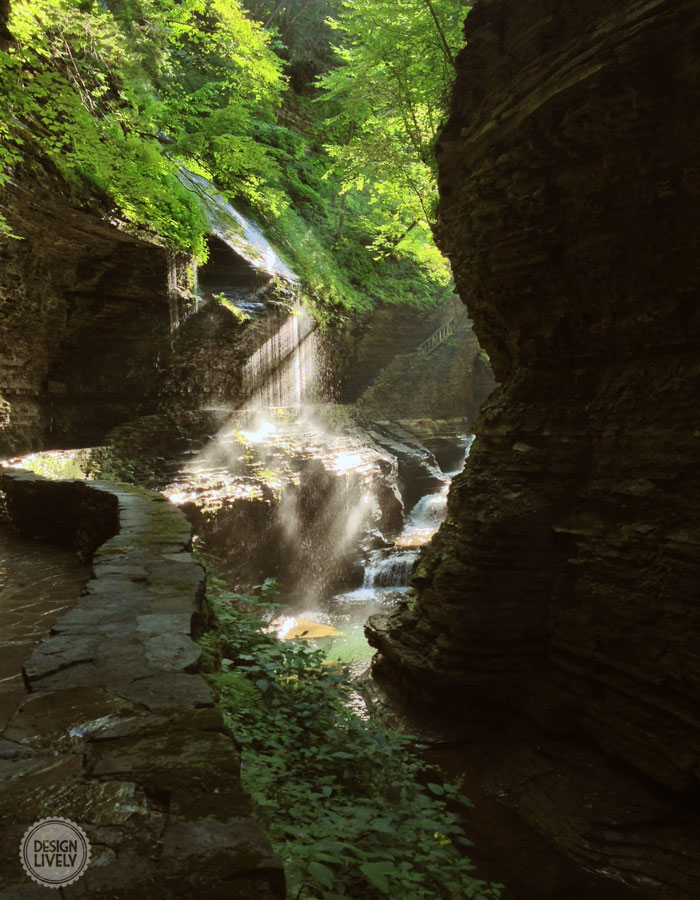 I’ve posted on Watkins Glen NY State Park before, but we hiked it again a few weeks ago and I just had to share some photos of it’s AMAZINGNESS!

Recently there has been an article flying around social media, “29 Surreal Places in America You Need to Visit Before You Die”, (aka one of those million Buzzfeed articles on your Facebook newsfeed) and Watkins Glen is #8. The author says, “We all know Niagara Falls is a sight to see, but located south of Seneca Lake in the Finger Lakes region lies a lesser-known fantasy-like area called Rainbow Bridge and Falls. It will make you feel like you’re in Lord of the Rings.” 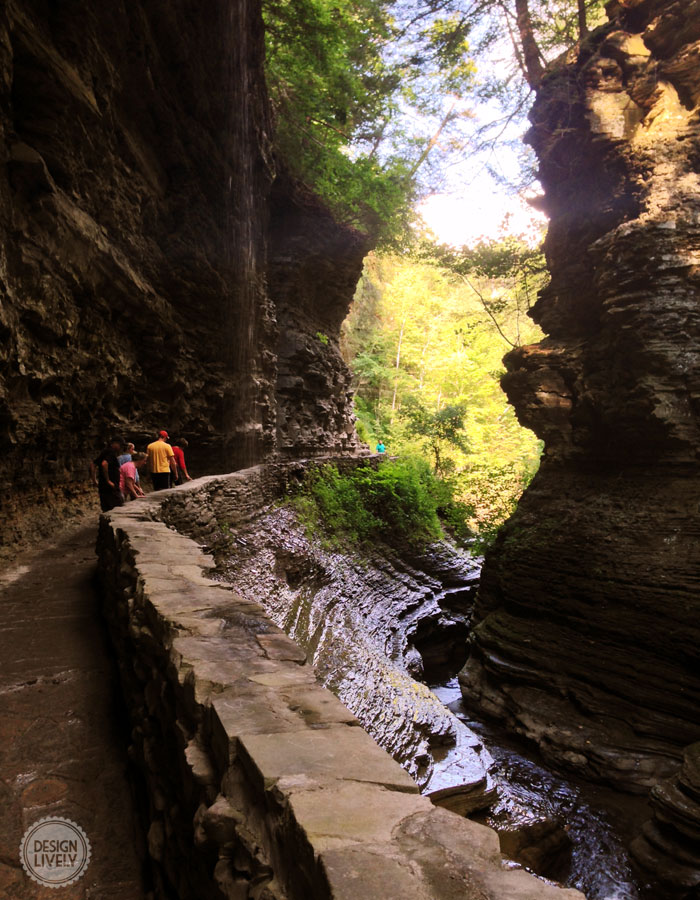 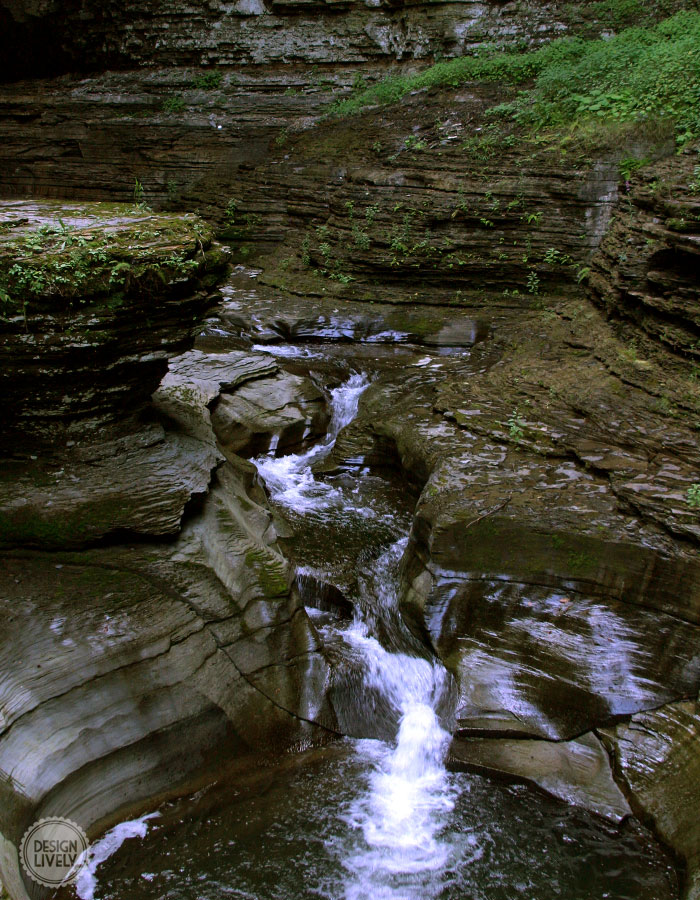 The park was opened in the mid 1800s as an “amusement park” until it was purchased by New York State in 1906. The closest you will get to an amusement park is the laser shows they occasionally host.

The deep gorge was originally carved by glaciers, and has seen been re-shaped by the water flow of the streams, rapids, and waterfalls. The power of water is astounding. 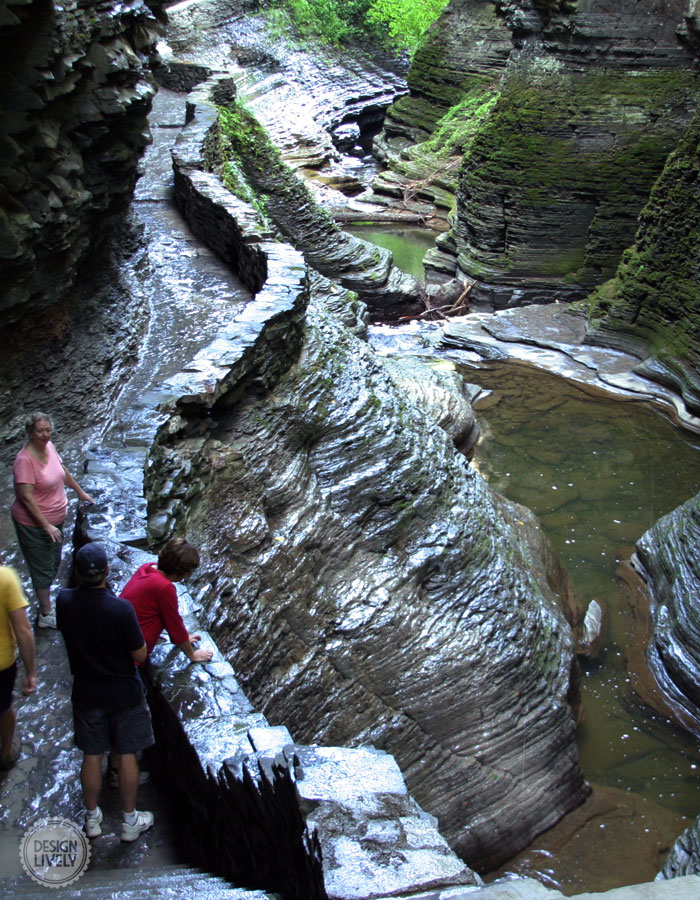 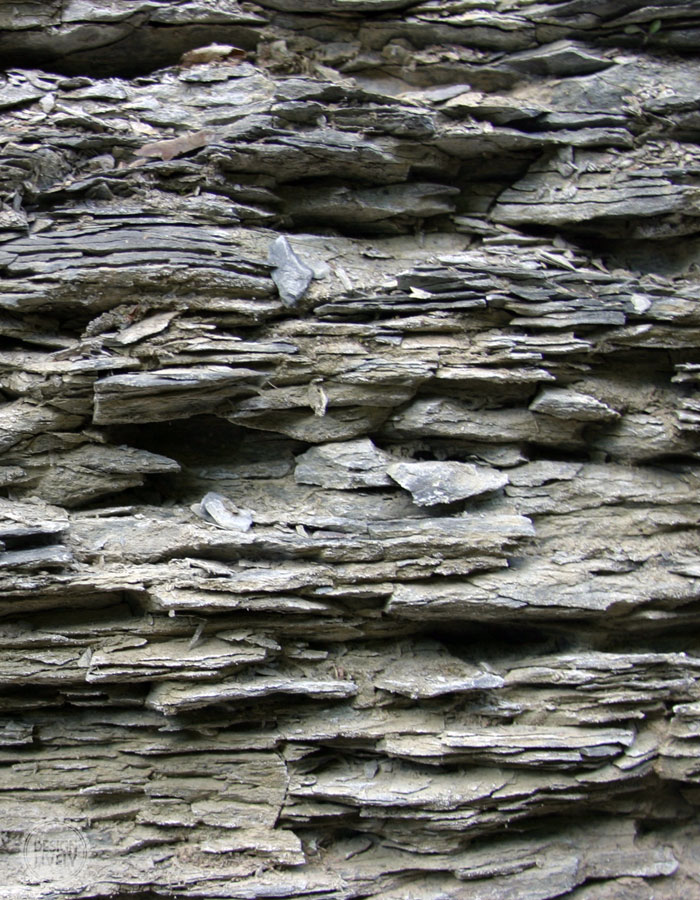 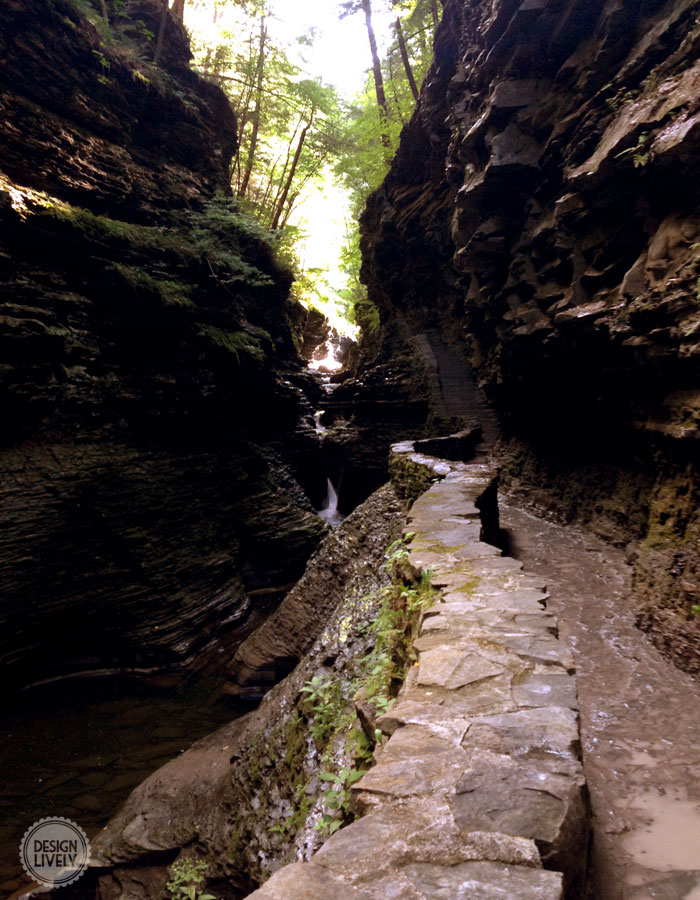 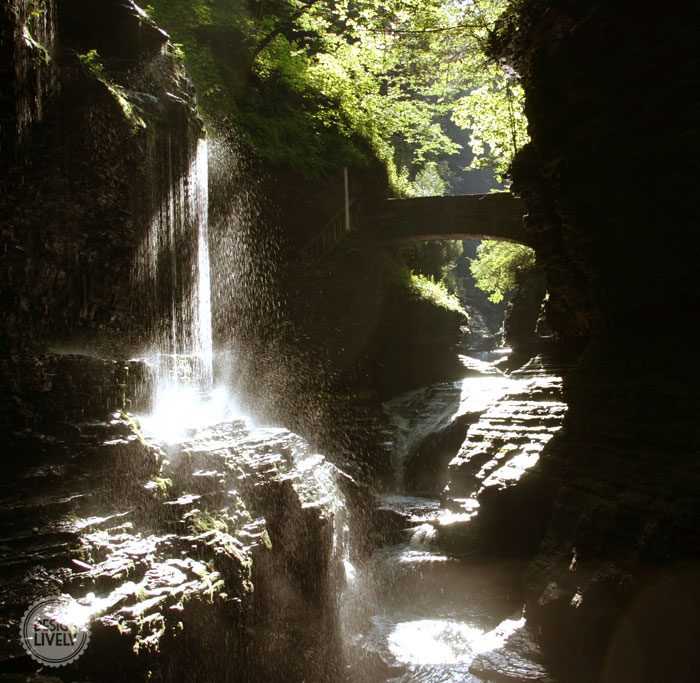 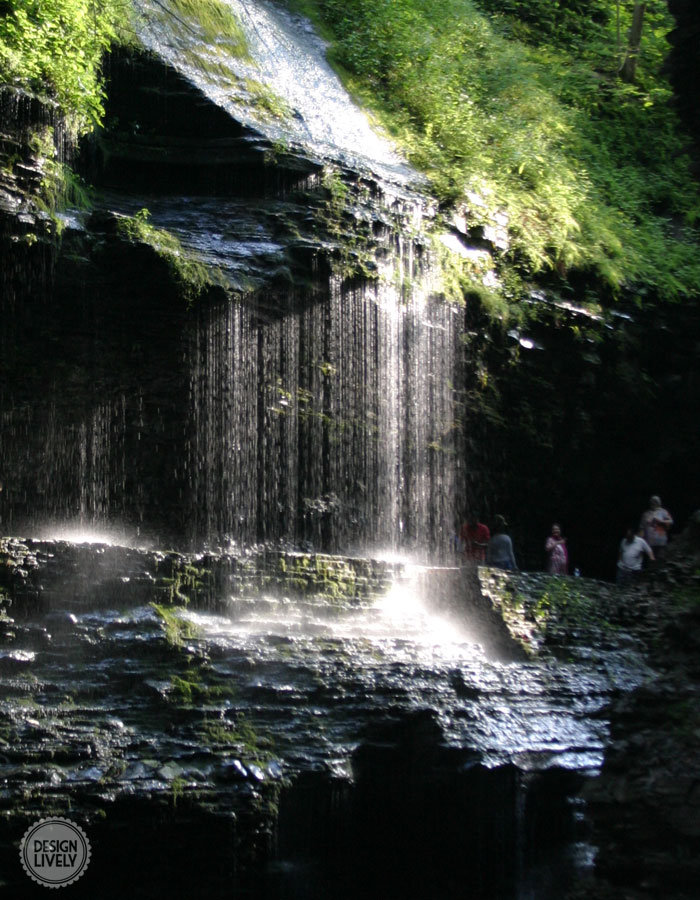 There had been some heavy rain recently, so the waterfalls were flowing and the trail was pretty wet. Walking under a waterfall is always a magical experience. Wear appropriate footwear! (And protect your camera!) 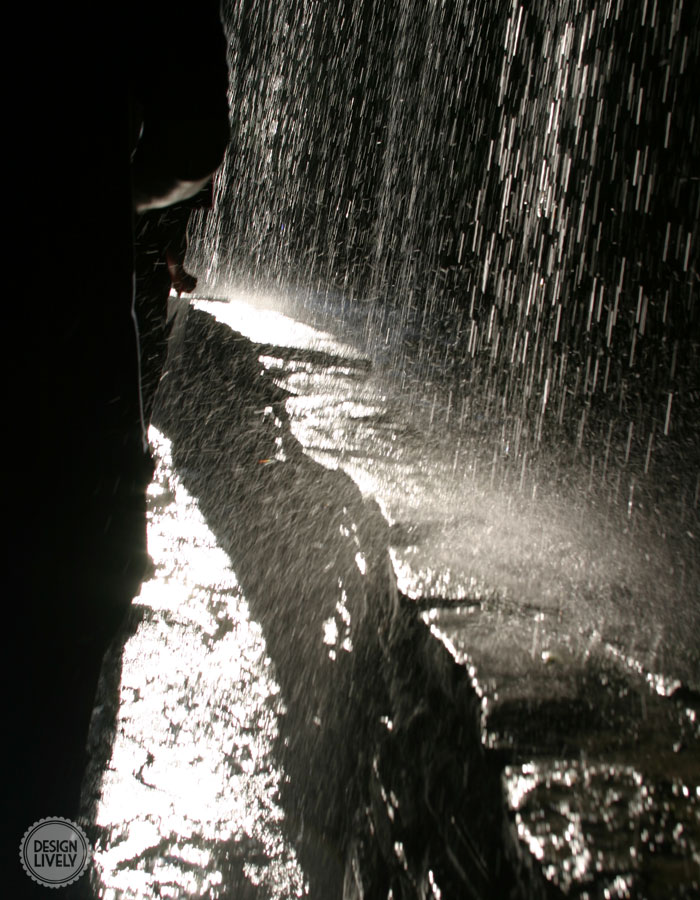 There are some killer stairs at the top, but anyone in decent shape can do this hike. The main drag, the Gorge Trail, is a 1.5 mile hike and takes about 45 minutes if you stop to admire the general splendor, take some photos, and try to catch some of the little frogs. If you’re looking for a longer hike, the trail connects to the Finger Lakes Trail, which is an 800 mile network of trails running through New York state.
You can park at the top for $8. (Although there wasn’t anyone in the toll booth when we went.) A shuttle ($3 per person) runs back and forth from the bottom until 5:30pm if you don’t have it in you to hike back. More information can be found on the NY State Park Watkins Glen website.
Where’s the most unique place you’ve ever been?