Skip to content
December 16, 2016 | Kat Carlson Design
“We elves try to stick to the four main food groups: candy, candy canes, candy corns, and syrup.” – Buddy the Elf
One of my favorite things to do at Christmastime is baking. I love to hunker down in my kitchen with some festive tunes and make a big mess in the process.

END_OF_DOCUMENT_TOKEN_TO_BE_REPLACED 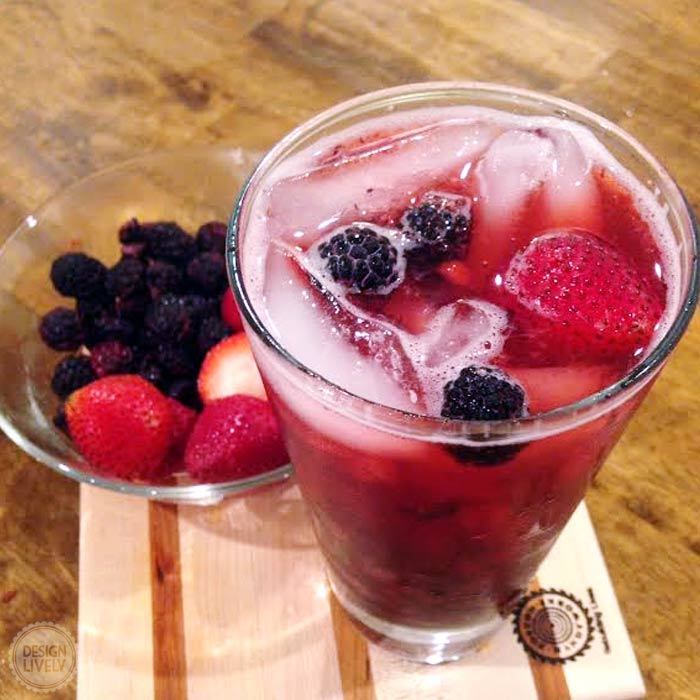 I stopped drinking soda a few years ago. While I’ll occasionally have a glass of pop, it’s been a few years since I’ve kept it in the house. The same goes for juice. I buy it rarely, and when I do I usually water it down. Instead, I drink a lot of seltzer.

END_OF_DOCUMENT_TOKEN_TO_BE_REPLACED

Two years ago I was in the Finger Lakes over Labor Day Weekend, and picked ten pounds of concord grapes. Soon after our love for grape ice cream was born.

Last year, we knew we wouldn’t be able to make it back there during grape season, and my parents were kind enough to pick some and bring them to us. Well, I think they got a little carried away. Because they brought me 25 pounds of concord grapes! My favorite way to eat them is fresh – although it’s messy and turns your lips and fingernails purple. But they only last so long – so when I couldn’t possible eat another – into the freezer they went.

END_OF_DOCUMENT_TOKEN_TO_BE_REPLACED

Looking for a little weekend inspiration? Check out They Draw & Cook, a website of illustrated recipes.

This site is amazing! It inspires me to draw AND cook!

END_OF_DOCUMENT_TOKEN_TO_BE_REPLACED

Earlier in the fall my husband got my a waffle maker for my birthday (I think a little bird told him).

However, it had never occurred to me to use a waffle maker for something OTHER than waffles. Thanks to the glorious invention known as the internet, I’ve discovered a plethora of non-waffle waffle maker ideas.

That’s it! No more kitchen renovations. We’re getting rid of everything except the waffle maker and the kitchen sink.

My kitchen looked like this for the better part of this last weekend.

Clouds of confectioner’s sugar bloomed in the kitchen air. Sticks of butter disappeared. Chocolatey aromas wafted through the house.

All in the name of Christmas candies!

And there was much rejoicing.

(P.S. Like my new Christmas table runner? My sewing skillz are slowly growing.)

1. Snowdrops (recipe below, as I couldn’t find it online)

What is your favorite Christmas treat to bake? or not bake? Is anyone else pumped about ABC Family’s 25 days of Christmas?

Slice a butternut squash into thin potato-chip size pieces (about 1/4″ thin). Toss with olive oil and a sprinkle of brown sugar. Bake until they are slightly crisped on the outside.

Meanwhile, cut up an apple and toss with spinach, chopped onion and cucumbers.

Add butternut squash right out of the oven.

3. Throw in one handful of (freshly picked!) blueberries.

(Although my husband gave me the side-eye. Me thinks this is not a man-friendly meal.)

I think it would be a nice appetizer at a luncheon or a shower.

I posted my Summer Bucket list earlier this summer.  I’m going to extend that to an Indian Summer Bucket List because I’ve just managed to cross off my first one today!

My first bucket list item was to invent my own ice cream flavor. With all the peaches in high-season I knew I wanted to do something with them. The end result was… Cinnamon Peach ice cream!!

First of all, I used a Cuisinart Ice Cream maker to make my ice cream. The bowl was put in the freezer 24 hours beforehand.

I peeled, cored and chopped up two peaches. I put them in a bowl with a spoonful of sugar and a little bit of OJ. I let it sit for a while (at least 45 minutes) before I started making the ice cream.

Then I mixed together the sugar and milk and folded in the heavy cream, cinnamon and vanilla.

Then I got the frozen bowl out of the freezer and poured in the milk/cream mixture and started the machine. I let it churn for 20 minutes and I poured in half the diced peaches and all of the liquid in the bowl.

I let it churn for another 10 minutes and poured in the rest of the peaches. I turned off the machine immediately and stuck the bowl in the freezer until firm.

It was perfectly delicious!!

Next time I might put the peaches through the food processor a bit to make the pieces a little bit smaller, but it was still summery, citrusy and satisfying.

What’s your favorite flavor ice cream? This might be my new favorite.